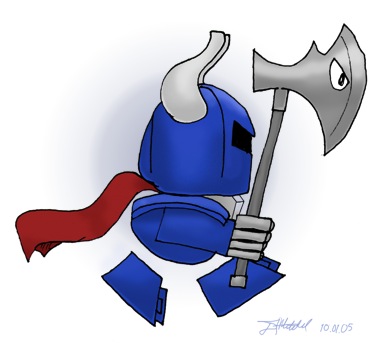 BACKGROUND: The Manager was one of the highest-ranking workers in Smithy's factory. He wore a suit of blue armour similar to the other bosses in the factory and a red cape.
Manager was sometimes tired of his job but still believed strongly in Smithy's mission. He was defeated in a battle against Mario and company.