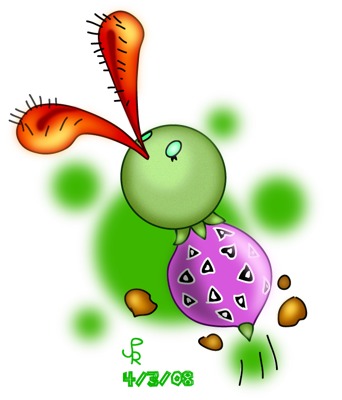 SKILLS AND ATTACKS: It digs fairly quickly and can suck health through it's lips.

STRENGTHS: It's hard to detach and is invincible while digging.

WEAKNESSES: They can be jumped over and can be defeated while emerging with a dash attack.

BACKGROUND: When the Subspace army attacked the world of the Smash Bros. it laid a slew of creatures across the lands. The Bacculus is a creature that spends most of it's time underground and attacks in a creepy, yet comical way. It kisses the enemy to steal their health and store it for later. Defeat it, and health restoring items will appear.