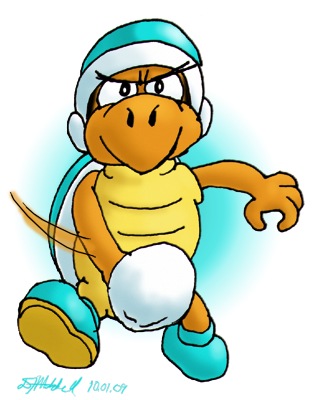 BACKGROUND: An Ice Brother is an elite koopa troopa who has the power to conjure ice in its hands. It enjoys the cool climate in Penguin Playground, although it can be found elsewhere. It is interesting to note that Ice Brothers tend throw their element instead of spitting it like Fire Brothers do.