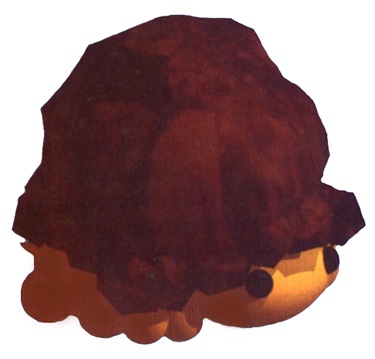 SKILLS AND ATTACKS: Valor Up.

BACKGROUND: Like its close cousin, the Magmite, this subterranean insect camoflauges itself with a rock-like shell. Magmites are adaped to living in high heat and are found living exclusively in volcanic regions. They eat other insect life and rocks found in the volcanic regions they live in.
Magmi tend to appear in groups and while they are camoflauged they tend to move around a lot, patrolling their territory. They're pretty aggressive and will attack anyone entering their territory, but they shouldn't pose a big threat to adventurers unless they team up with other creatures.