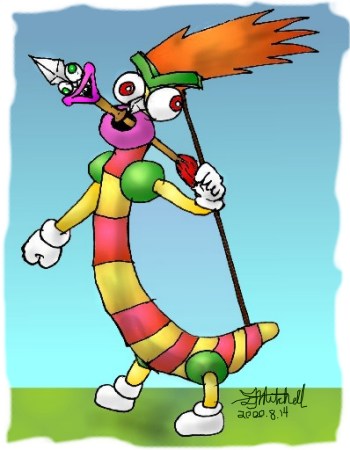 BACKGROUND: Physically, Bowyer is a large, bow-shaped creature and he can actually fire Aeros (arrow-shaped monsters) using his body. He has bright orange-red hair, and yellow and orange stripes along the length of his body.
Mario defeated Bowyer during the battle for the Star Road, and at the same time most of his Flunkies were destroyed. Apparently they have a close relationship, which caused them to self-destruct when Bowyer was beaten. However, a few survived.