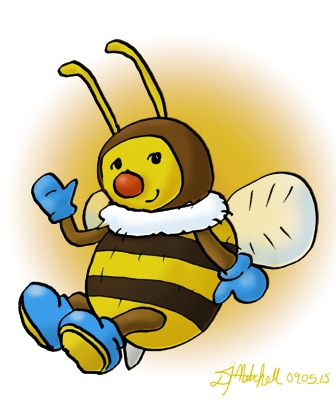 WEAKNESSES: Small, and doesn't use its stinger at all.

BACKGROUND: Honeybees are mellow bees who work for the friendly Queen Bee. Their neighbors, the Mandibugs, wanted to take over their kingdom, so they were held under siege until Mario came and defeated the two Mandibugs on top of the lookout tower. Then, when Bugaboom moved in, Mario helped the bees defeat it, and the bees resumed their normal way of life, making honey and collecting pollen.