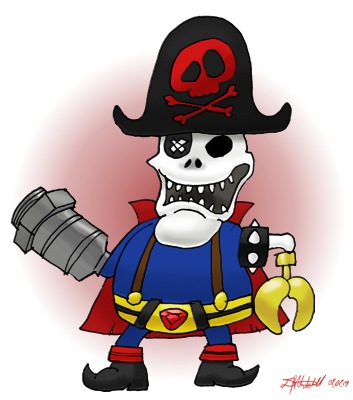 SKILLS AND ATTACKS: Armed with a cannon and grappling hook.

WEAKNESSES: Barrels, his own ammunition.

BACKGROUND: Captain Skull is the Black Jewel's last liutenant. He is a human skeleton dressed as a pirate and is the boss of Sparkle Land. Fought on the remains of his ship, Wario eventually beat up the pirate and obtained the last of the four treasure chest keys.