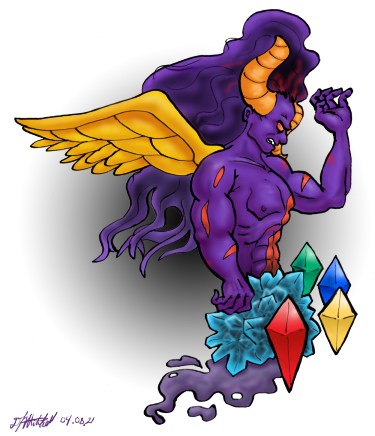 BACKGROUND: Culex is a creature from another dimension, he can't survive in Mario's world, but before he leaves, he wishes to fight the strongest creature in Mario's dimension. Culex created the four Crystals to assist him in battle, they have magical properties based on the elements of Fire, Wind, Water and Earth.
Some say Culex comes from the universe of Final Fantasy. He has the right theme music, and looks like something out of Final Fantasy, but even though some say that he appeared in Final Fantasy II, many experts disagree. He probably is from that universe, but whether or not he has ever appeared in one of the games is uncertain.