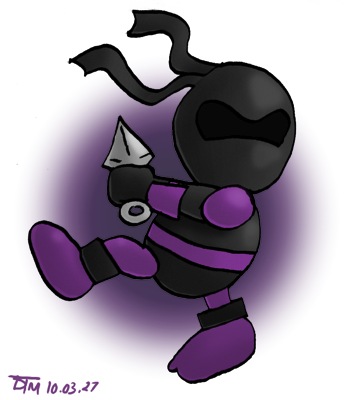 BACKGROUND: The Factory Chief is the highest ranking non-mechanical monster in the Smithy Gang. He helped to design most of Smithy's machines and some believe he may even have designed Smithy himself. The only thing known for sure is that the Factory Chief built the Gunyolk which he used to try and defend Smithy's innermost hideout. The Chief was not much stronger than the rest of Smithy's top lieutenants but Gunyolk made the battle tougher. Oddly, the Factory Chief resembles a Ninja - there's no known relation between the two.