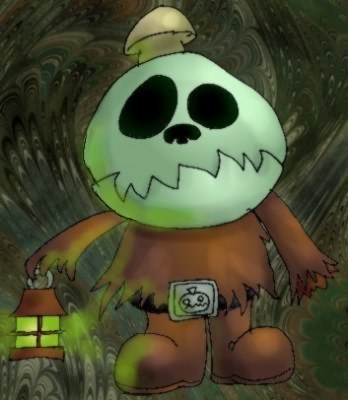 BACKGROUND: Hobgoblins are strange puppies...they have torn clothes, a pumpkin head, and carry lanterns around with them. Mario first encountered them in Kero Sewers, but have since been found to inhabit other caves, as well as forests and swamps.
They act basically like zombies, roaming about mindlessly, sometimes in groups with other ghosts. Despite their relative stupidity, they are somewhat dangerous, due to their considerable strength, and their Dark Claw attack, which poisons the victim.