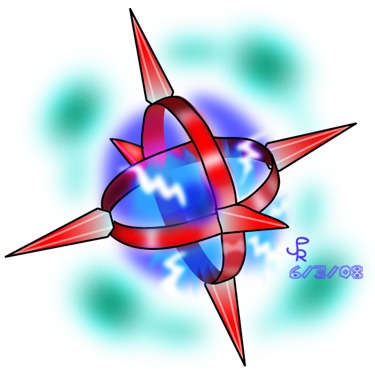 SKILLS AND ATTACKS: Getting in the way.

STRENGTHS: Invincible, even to a Trophy Stand.

BACKGROUND: Six-spiked spheres, Jyks are traps laid by the Subspace Army. They have rudimentary intelligence at best (most sit in one spot while some move in straight lines), yet their spikes coupled with their burning or electrified core makes them invincible to any attackers. Since they are not living beings nor composed of Shadow Bugs, they cannot be trophyized.