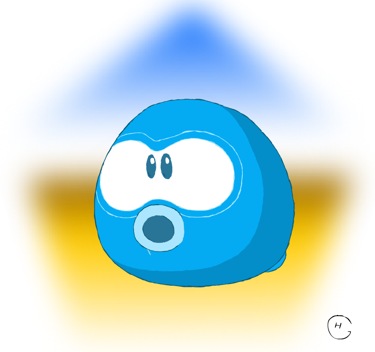 BACKGROUND: These tiny blue creatures appeared in several galaxies during Bowser's invasion of space. These critters act like Microgoombas, and might be space equivalents of them. However, unlike Microgoombas, Slurples will suck away at the hit points of any living thing that's nearby.