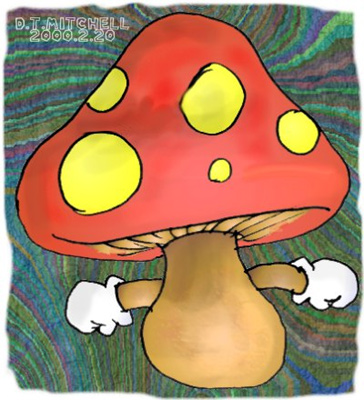 STRENGTHS: Their ability to hide makes them a bit more dangerous than they would otherwise be.

BACKGROUND: Amanita are small, mobile fungi which look very much like normal mushrooms. This defense mechanism makes them dangerous to passerby who try to eat them, expecting them to have the same famous revitalizing powers that other mushrooms found in the Mushroom World do.
While they can catch foes unawares, Amanita are not too dangerous in battle. They pose some threat when they team up with other creatures, but this doesn't usually happen very often. It was more common during the invasion of Smithy some years ago. As one may deduce from this, these creatures are normally wild, and therefore they don't normally have any affiliations.