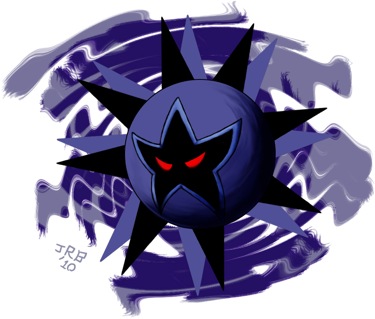 STRENGTHS: He's invincible until his minions are not defeated.

WEAKNESSES: Getting hit by his Dark Satellmite minions.